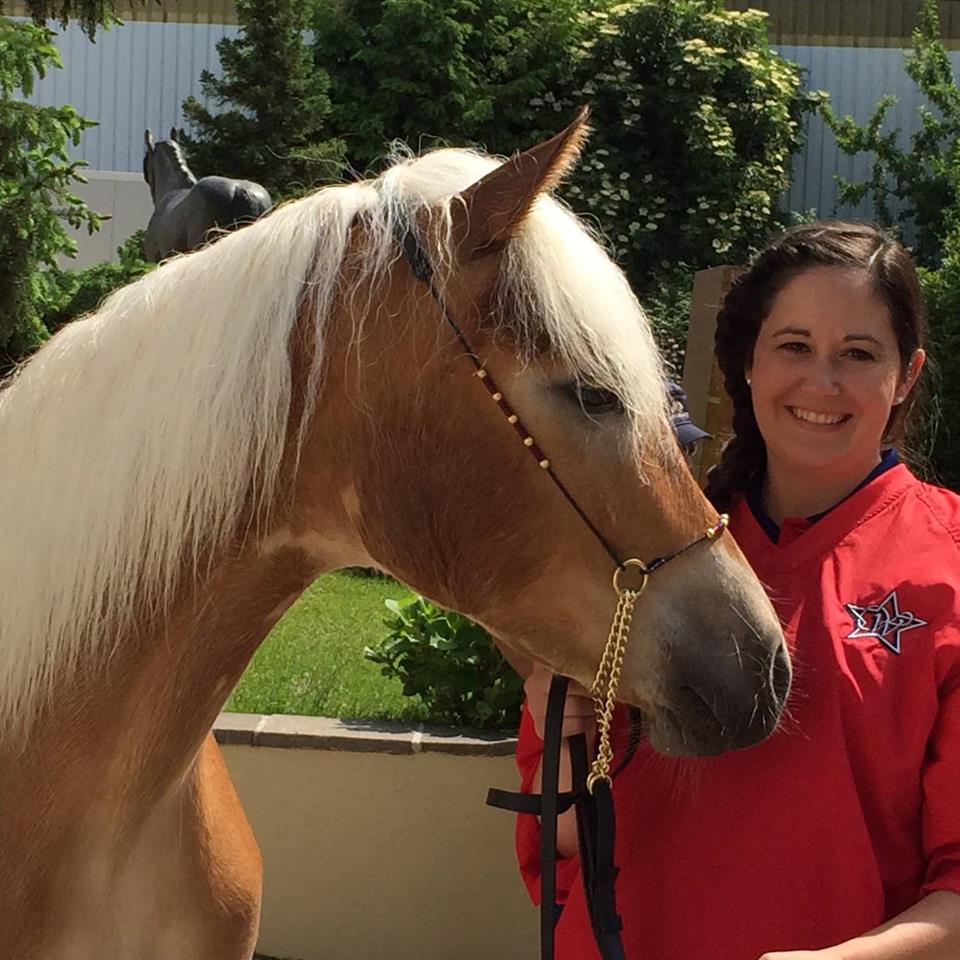 In 2014 we had the opportunity to attend the World Filly Auction, at the Fohlenoff in Ebbs, Austria. While Mike’s father had made the trip several times, this was Jacque’s first trip over. Jacque selected Sinna, a beautiful weanling filly to be the future mare of Woodward Performance Haflingers. Sinna stayed in Austria until June 2015, when Mike, Jacque, along with Joe and Gwen Wells, attended the World Haflinger Show, held once only every 5 years. There, we were one of four farms representing the United States. Sinna stood 11th in a very competitive (and largest class of the entire show, yearlings) which were divided into 4 groups. Later, for the Nations Class, Sinna was named the Reserve World Champion! We could not be more pleased or excited to own and import this outstanding mare to the US. We hope that her unique lines will help with outcrossing in the United States, and her fine bone, beautiful head and neck, along with amazing stride will help us continue to stand out in the competition ring and promoting the all around performance Haflinger. We also would like to thank Bill and Chuck Hendershot of Hendershot Haflingers, NY, and Max and Patti Montoya of Hebron KY. Mike showed Patti’s filly, Flyaway at the World show to an impressive 14th placing!

Since that amazing time, Sinna has grown up! Now a lovely 6 year old mare, Sinna is excelling in both driving as well as classical and western dressage! She was named the overall high point of over 155 rides at the Buckeye Gold Classic Western Dressage Show, winning and beating Stacey Westfall out for the overall title! 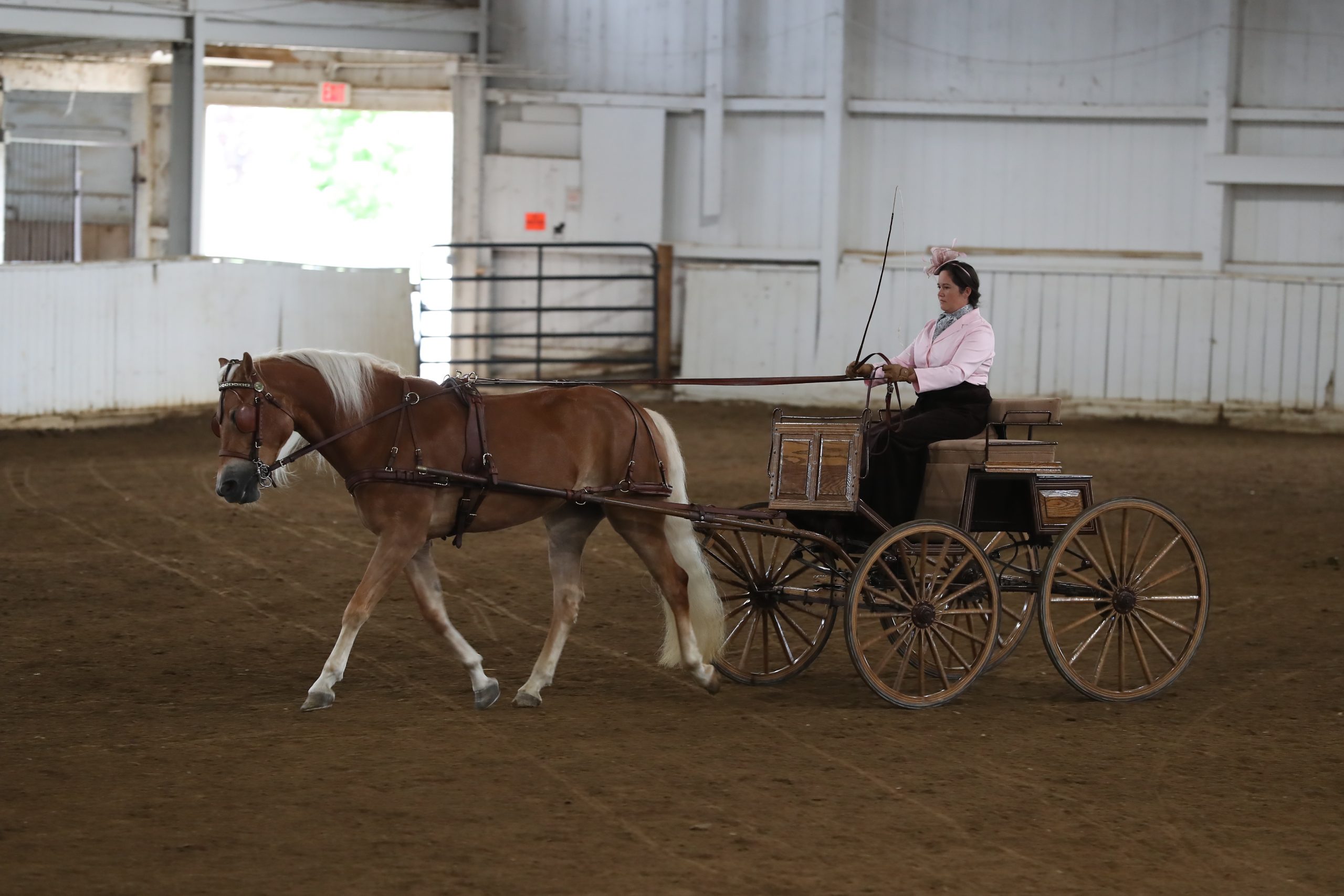 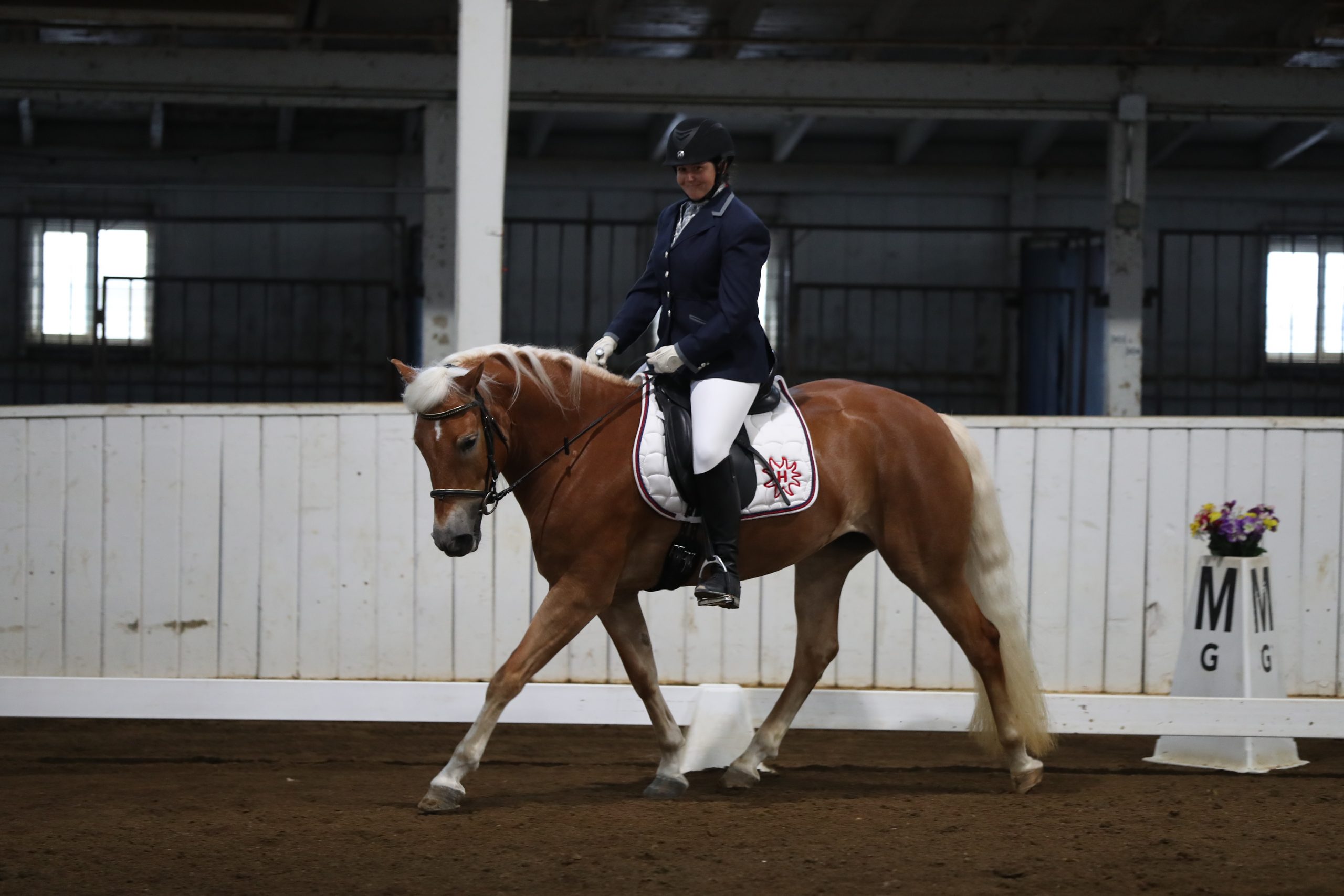 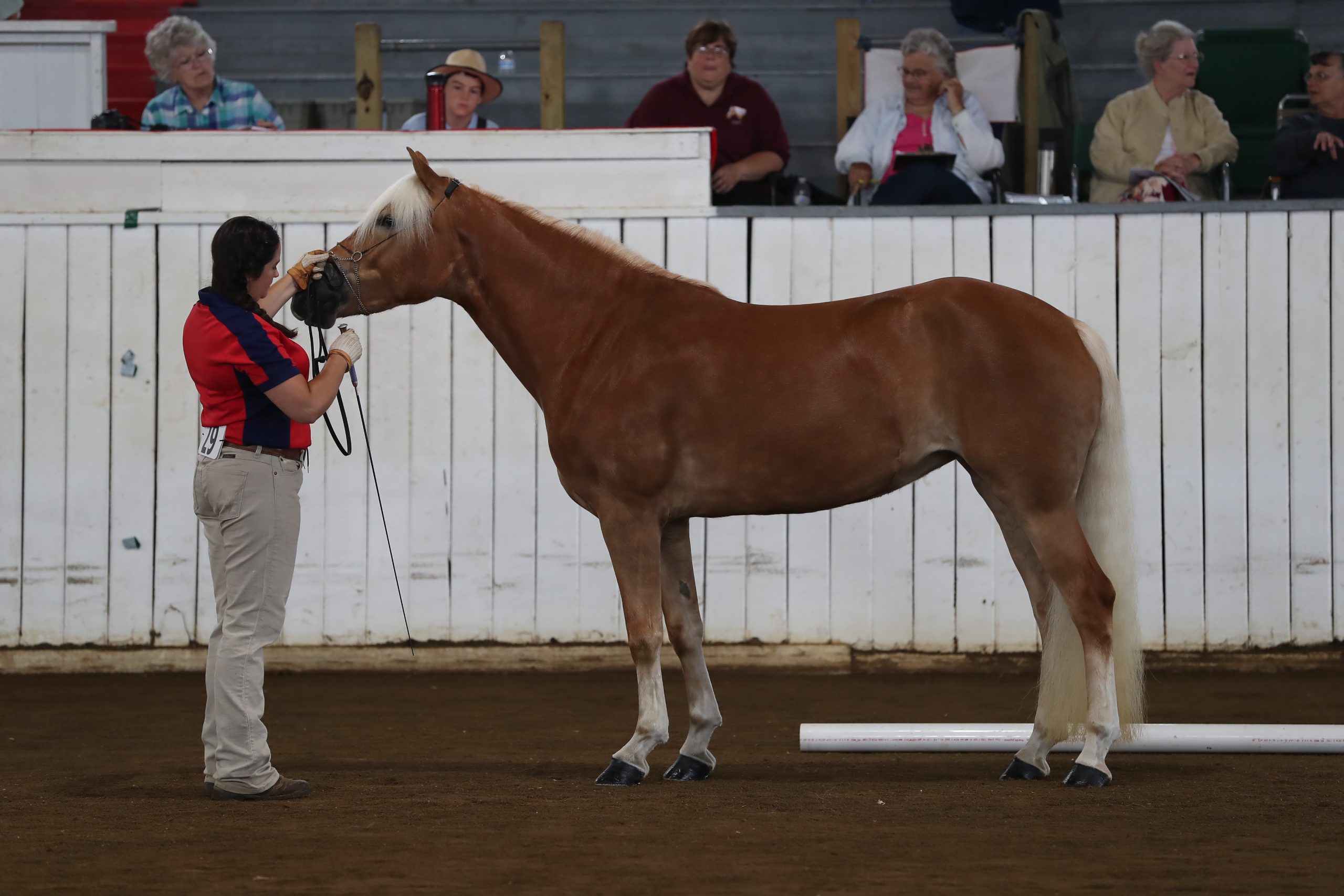 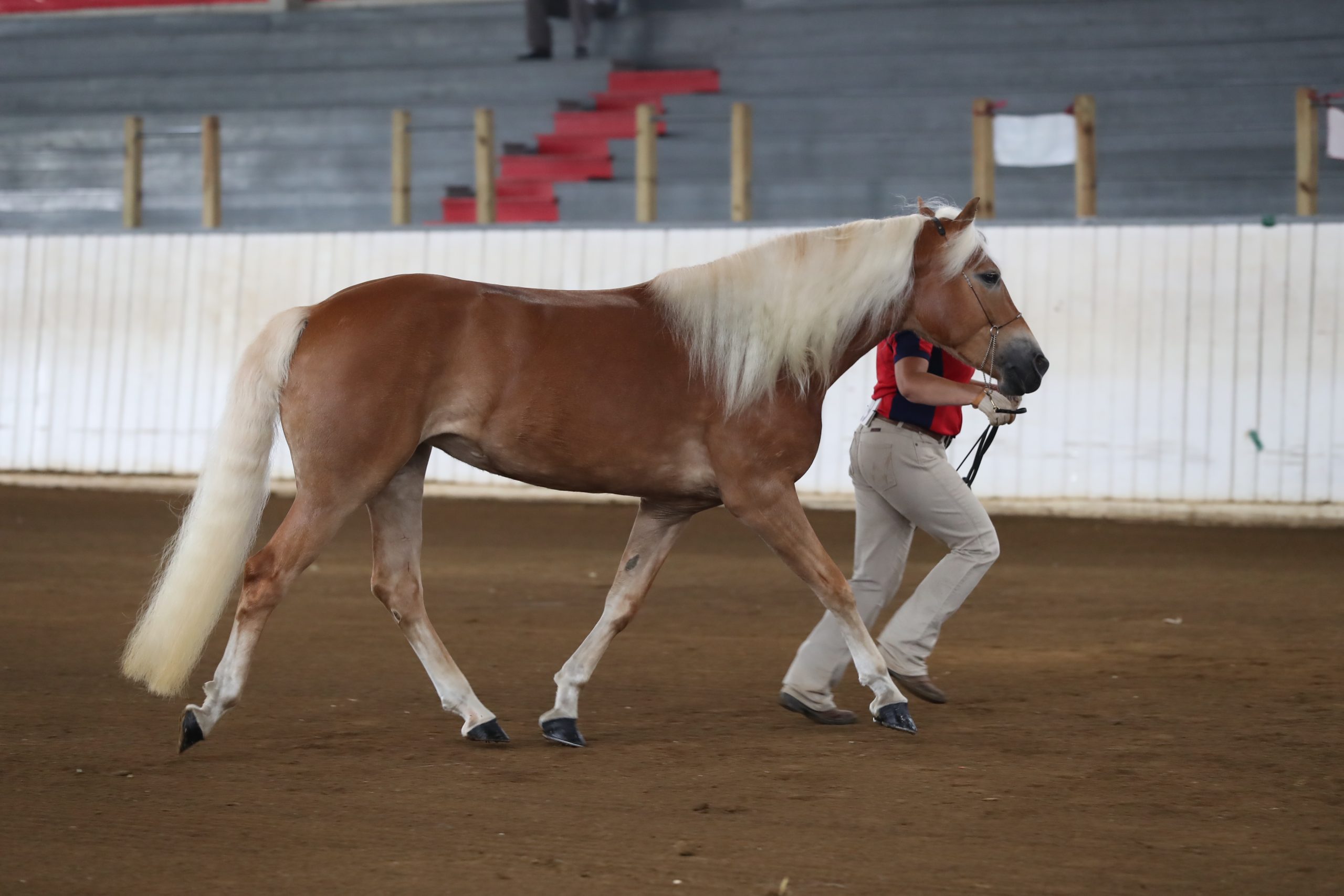 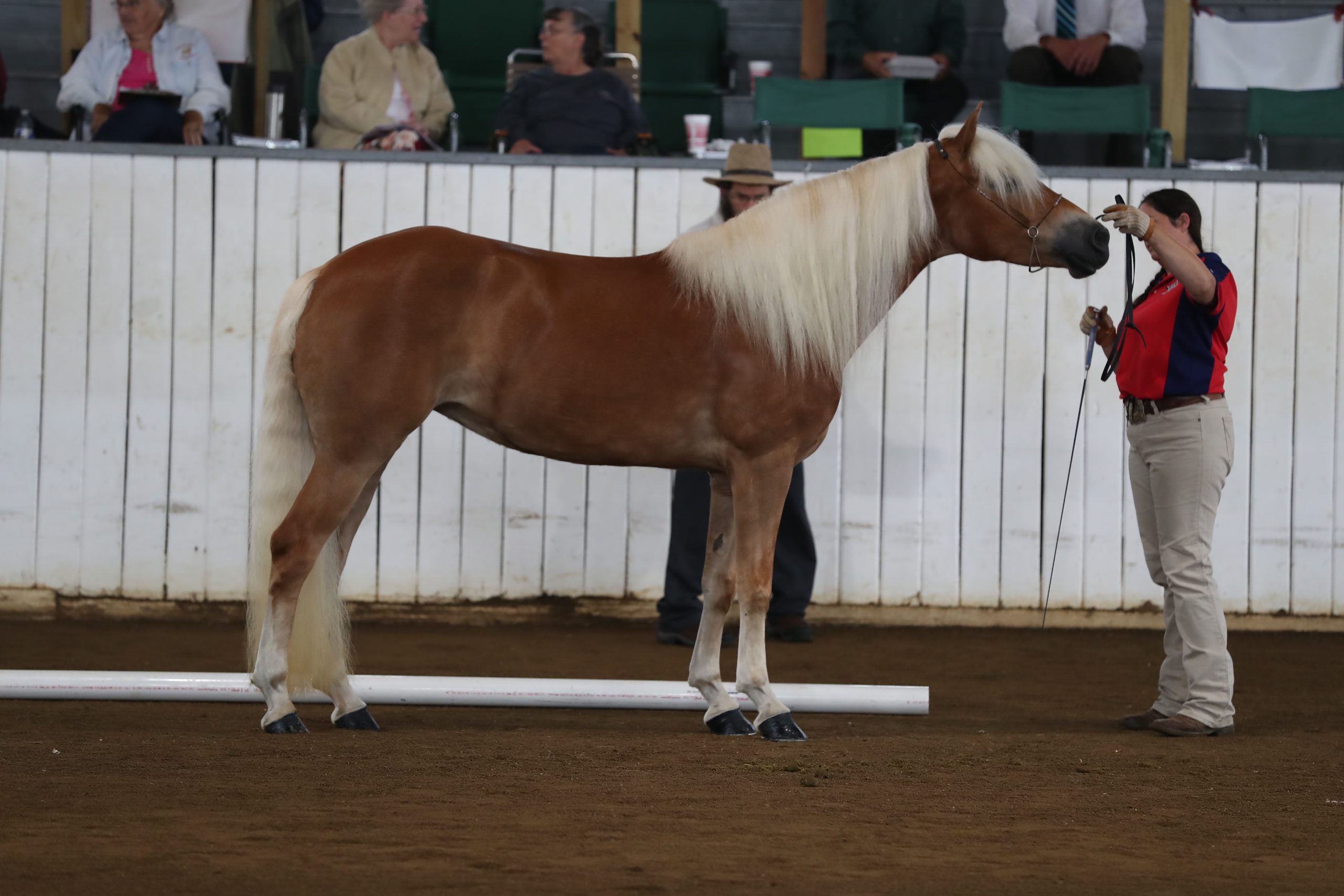 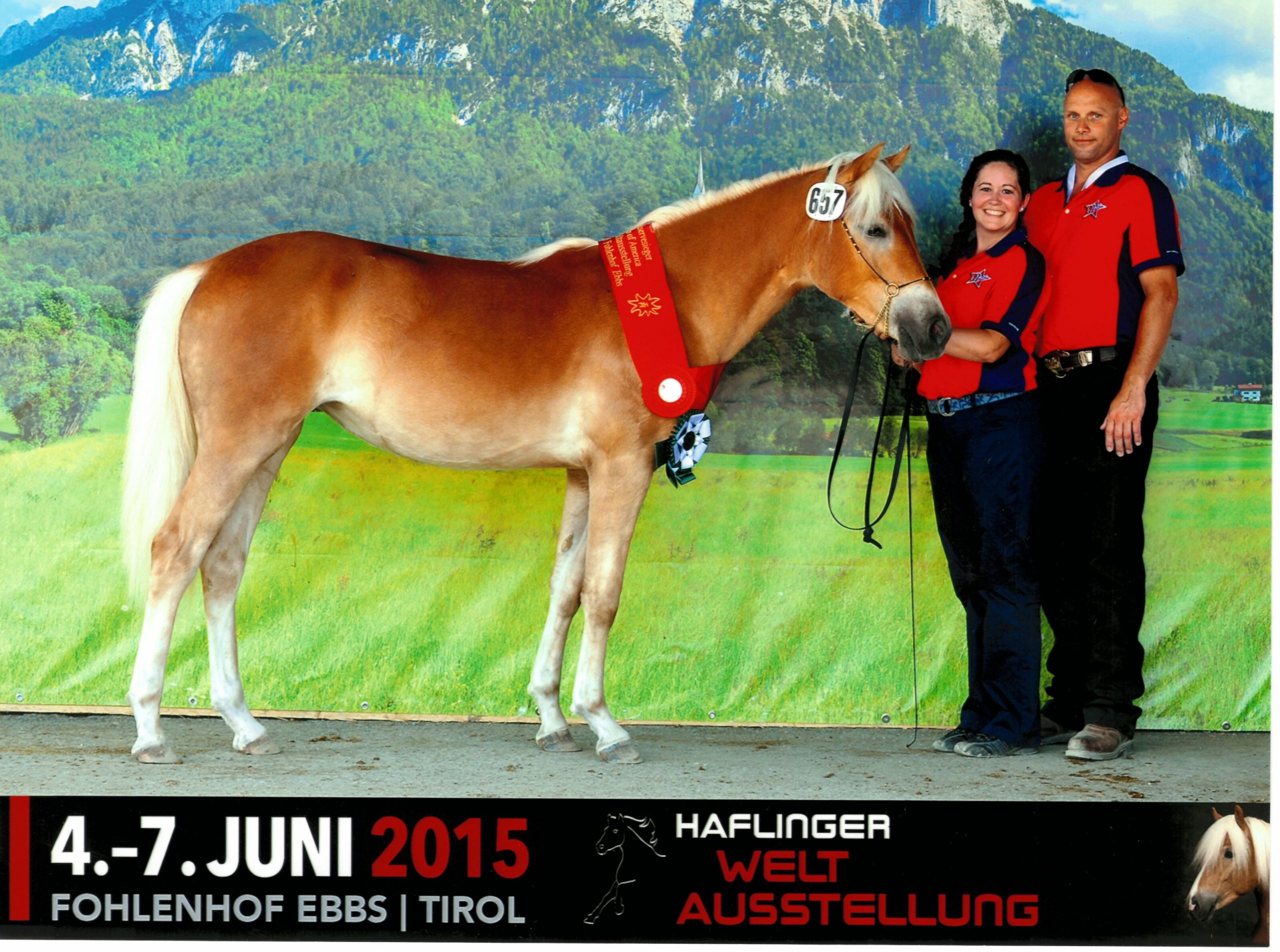 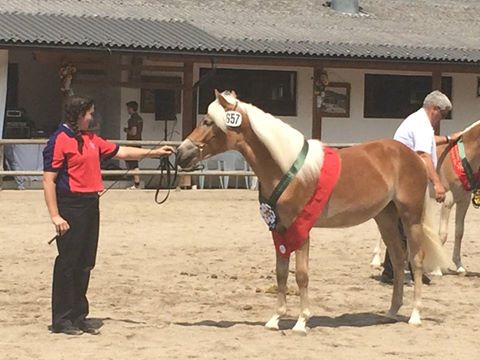 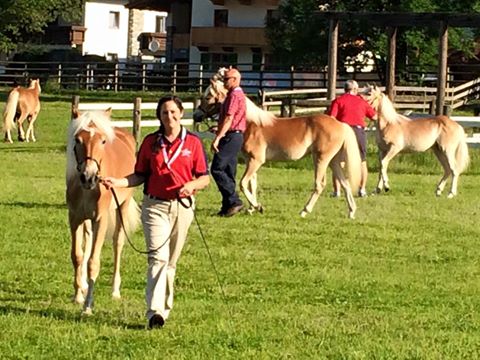