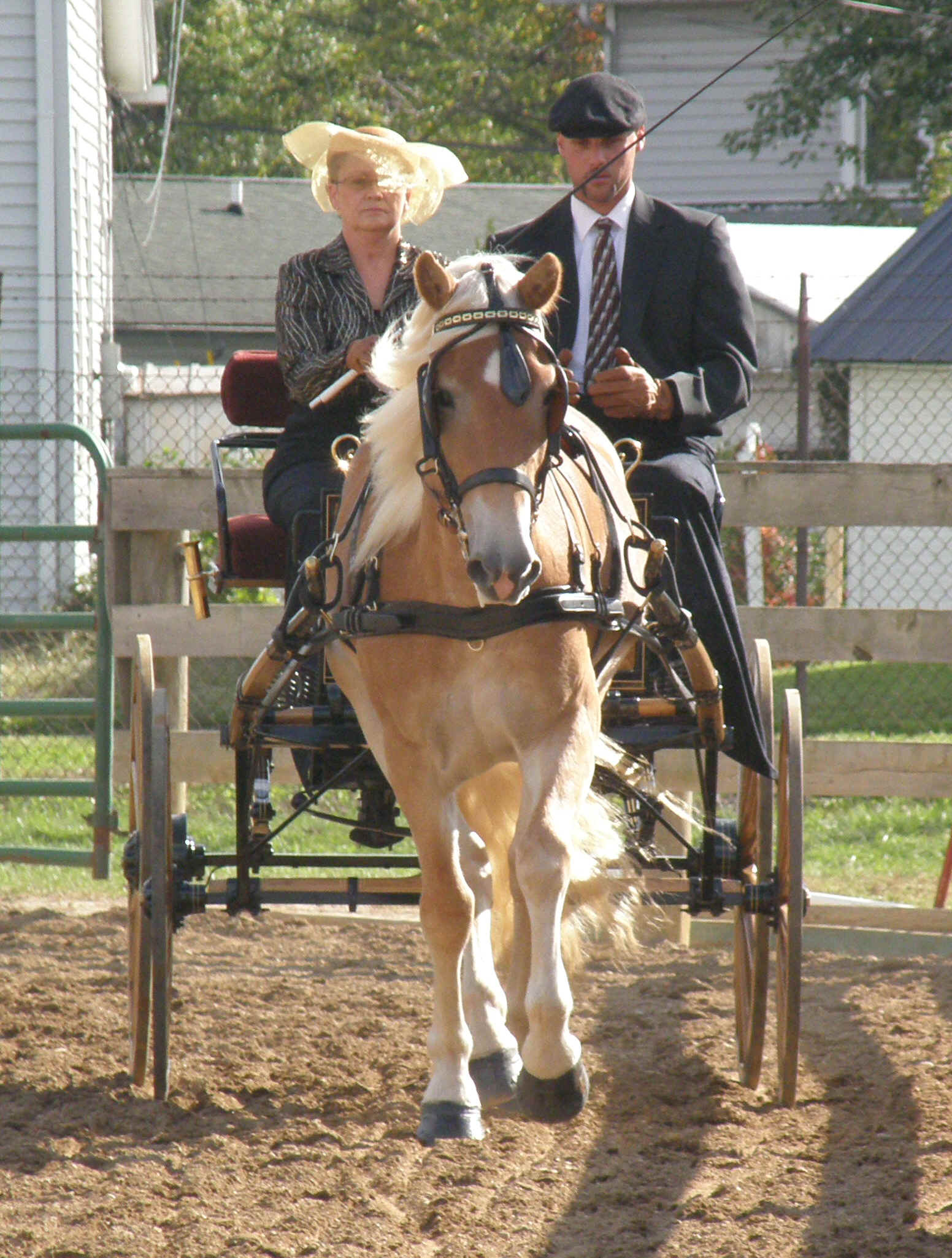 ‘Holly’ is a seven year old mare who stands 60 inches tall. Fabulous pedigree, her sire, Winterschon himself is a Gold Rated Stallion, and Cinderella CHF is from the famous Chipmunk Hill Farm lines, the best of imported and domestic blood run through this gal! Super quiet and sweet, nothing bothers her.

Her siblings are winning all over the Haflinger Circuit, from National Champion Geldings, to Reserve Champion Western Pleasure titles, to Trail champions, it’s in her blood! Holly has become my regular trail horse at the local AEP horse trails and I let my friends ride her too while I am working other horses! We enjoy getting together several times a week and riding. It gives us a break from our ring work, and our horses really enjoy the time on the trails. Holly is doing amazing, and I very much enjoy riding her. She is continuing her ring work as a all around performance horse, and still has her great temperament and will still be Johnathan’s lead line horse. This is a special girl, with a special temperament that is uncomplicated and she loves attention.

Holly was shown at the 2009 Coshocton County Fair where she was named Champion Senior Mare, Grand Champion Mare, and then the top honor of Best in Show! She also debuted in her first driving class where my mom, Gwen Wells, drove her to a 2nd place finish out of 9 entries!

Holly had her first foal for us in 2012, a stud colt by our late stallion A Rock. We named him Aftershock MJW!

Holly was taken to Salt Fork Trails on June 12-14 2009 for a three day overnight trail riding event. She was ridden all weekend by a 14 year old girl who is a beginner rider. Holly is such an amazing girl, she went for 6 hours (12 miles total) on Saturday, stopping midway for lunch while tied, and splashed and played happily in the lake, and was happy anywhere on the trail, walk trot and cantered. She stayed on a tie line all three days and was amazing!

Holly attended her first show in Sept 2008 at the American Haflinger Registry Nationals. She handled everything great, and was a joy to handle. She earned a respectable 4th place finish in her halter class, and in fact the 1st place mare in the same class ended up the Grand Champion Mare and Best of Show Pleasure! So it was a tough class!

A week later, Chanel attended the Coshocton, County Fair with our 14 year old niece showing her all week. She handled the fair atmosphere even better than at Nationals and took home a 2nd place finish and Reserve Junior Champion Mare title!